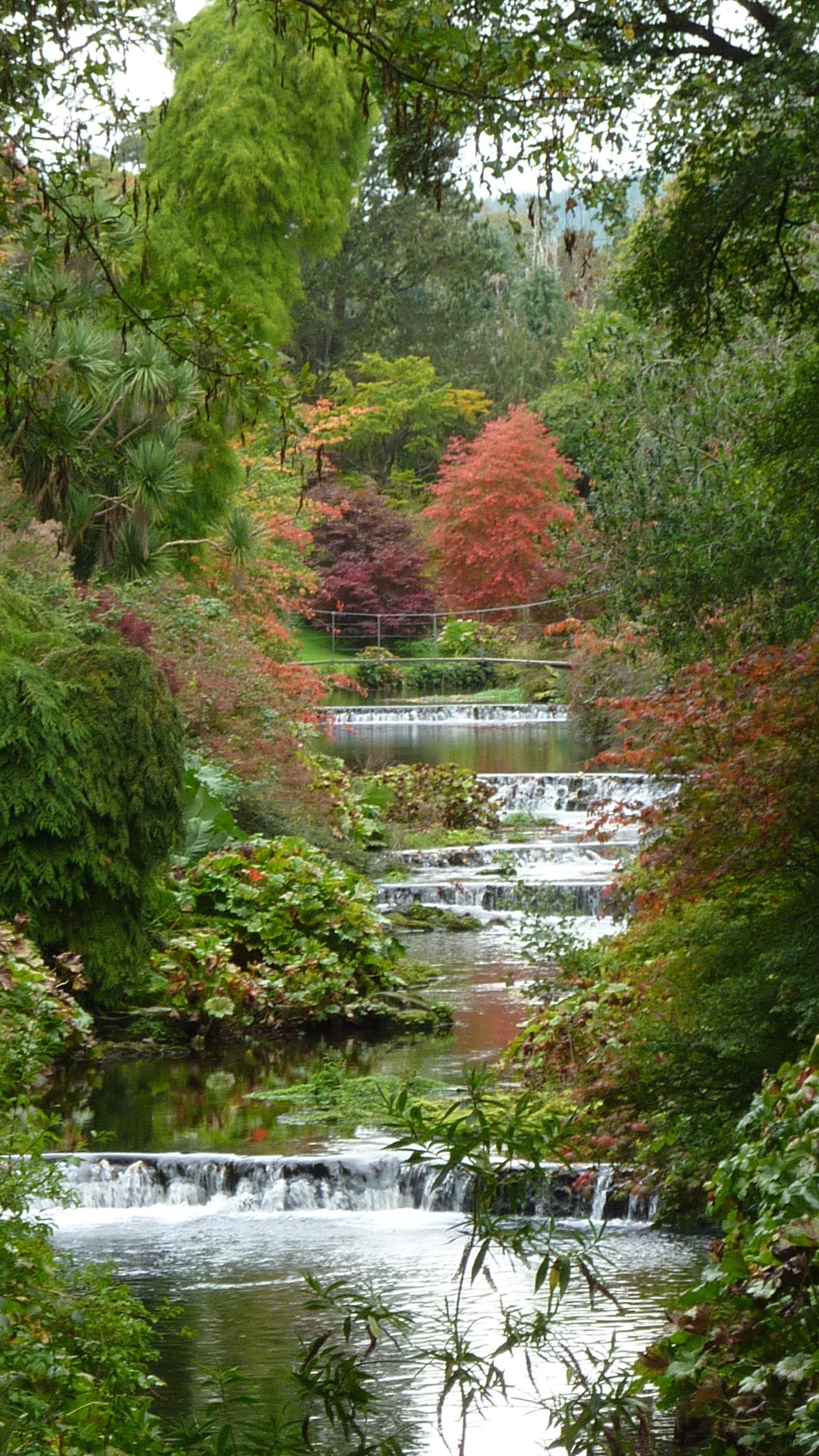 In October 2016, KMOTT made its first overseas excursion. A group of us flew to Dublin and went by coach to the Glendalough Hotel in Laragh. En route we visited Glasnevin Botanic Gardens – home of Ireland’s National Herbarium and one of the world’s most important collections of plants. There we admired a fine collection of trees and warmed ourselves in the Tropical House. Dinner at the hotel was superb, Irish whiskey and wine flowed freely!

The following morning, we travelled to Emo Court in county Laois and were escorted through the magnificent mansion by a knowledgeable guide. The neo-classical house was designed in 1790 the first Earl of Portarlington. It was formerly approached by a mile-long, curved avenue of Wellingtonias which have since suffered some serious damage though major restoration work is in progress. We left Emo court for the Irish National Stud at Tully, Co. Kildare where we lunched and toured the Japanese Garden which are world-renowned for their collection of Japanese Maples and varieties of Cherry blossom.

The afternoon was spent in visiting Coolcarrigan House and gardens in Co. Kildare. The present owner, John Wilson-Wright, inherited the estate in 1972 and began restoring the gardens by first removing much of the Pinus radiata plantation to create open glades. The arboretum was established between 1858 and 1860 and has since been added to by John Wilson-Wright following frequent visits to China and Eastern Europe. One of the most interesting plants we saw was a superb specimen of Ostrya carpinifolia bearing elongate clusters of fruit reminiscent of hops – an ideal tree for small gardens. 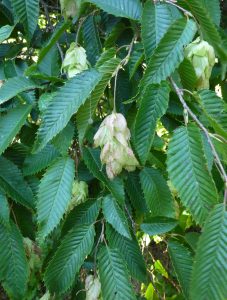 The following morning, we travelled to Kilmacurragh Botanic Gardens at Kilbride. Some trees planted in the eighteenth century still stand including a magnificent beech planted, in 1759, with a clean bole to over twenty feet. Planting continued through the nineteenth century with a wide range of trees obtained from China. We saw the largest rhododendrons in Europe, R. grande and R. davisonium as well as a very rare Cathea agriphylla! 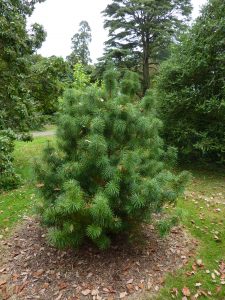 We lunched at Avoca Mill, Ireland’s oldest working weaving mill, before journeying to Powerscourt House and gardens at Enniskerry. This is a vast estate contains an Italian and a Japanese garden and Ireland’s highest waterfall! 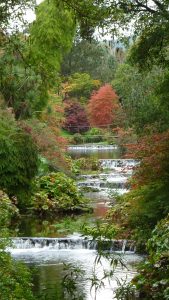 A tranquil scene at Mount Usher

On our last day, we visited Mount Usher Gardens in Ashford, Co. Wicklow. This 22-acre estate harbours a magnificent collection of trees and shrubs and was recently voted Ireland’s premier garden by the BBC! Notable were some gigantic Eucalypt and some fine Nothofagus.

We flew home on Air Lingus after what everyone considered to be one of the most successful excursions that we have ever made.